A significant number of submissions were made in response to the proposal for bus priority changes to Main North Road in the Papanui area. A modified proposal is now being presented to the Community Board for approval. One of the contentious aspects was Grassmere Street access, and it looks like a modified version of the ‘option B’ proposal is being recommended, which adds traffic lights but retains full left/right turns into and out of that street. Click through to read the submissions, a summary of key issues, and to see the final proposal, which will be on the agenda of the next meeting of the Waipapa/Papanui-Innes Community Board on 24 August. https://cccgovtnz.cwp.govt.nz/the-council/consultations-and-submissions/haveyoursay/show/87 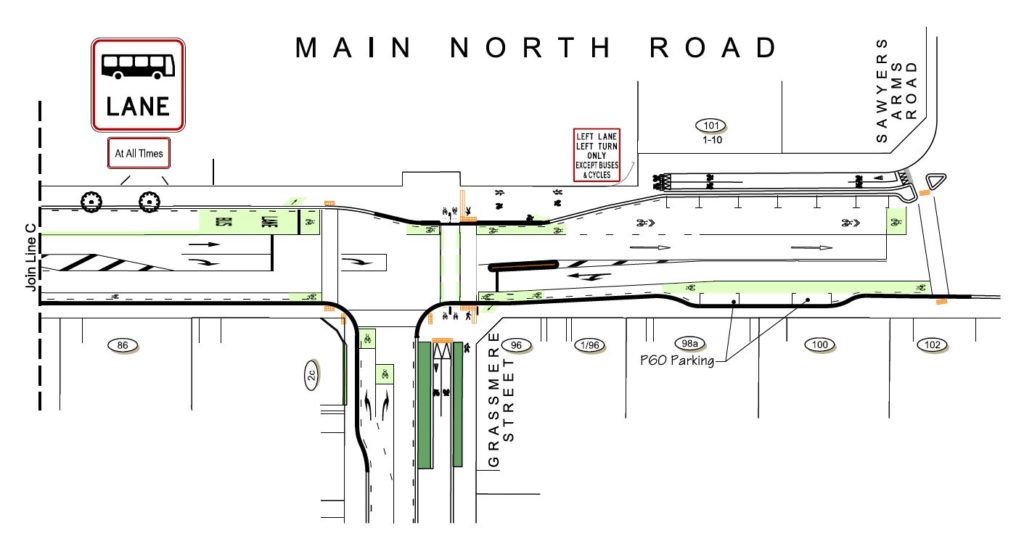 At the 16 June meeting, the Waipapa/Papanui-Innes

Work will get underway this month to drill new wel

St John are opening a new opportunity shop in Papa

Do you have low/no water pressure in the Redwood o

Opening 1st July: the signwriting tells us that it

The Waipapa/Papanui-Innes Community Board will mee

At the 4 June meeting, the Waipapa/Papanui-Innes C