An update on today’s Council decision on lights at the Harewood/Gardiners/Breens intersection: the recommendation to include the traffic signals in the scope and budget for the proposed Wheels to Wings cycleway was passed, but not the recommendation to deliver the cycleway earlier than currently planned. From the article linked below:
“Once the vote to include the lights in the cycleway was carried, councillors then voted on bringing forward construction of the cycleway from the existing 2026/28, which would have allowed the lights to be installed earlier along with the cycleway.
The vote was lost, after an eight-all tie. Crs Keown, MacDonald, James Gough, Yani Johanson, Melanie Coker, Tim Scandrett, Phil Mauger, and Catherine Chu voted against bringing the cycleway forward. James Daniels had left the meeting at that stage and did not vote.”
https://www.stuff.co.nz/…/residents-face-sixyear-wait-for-t… 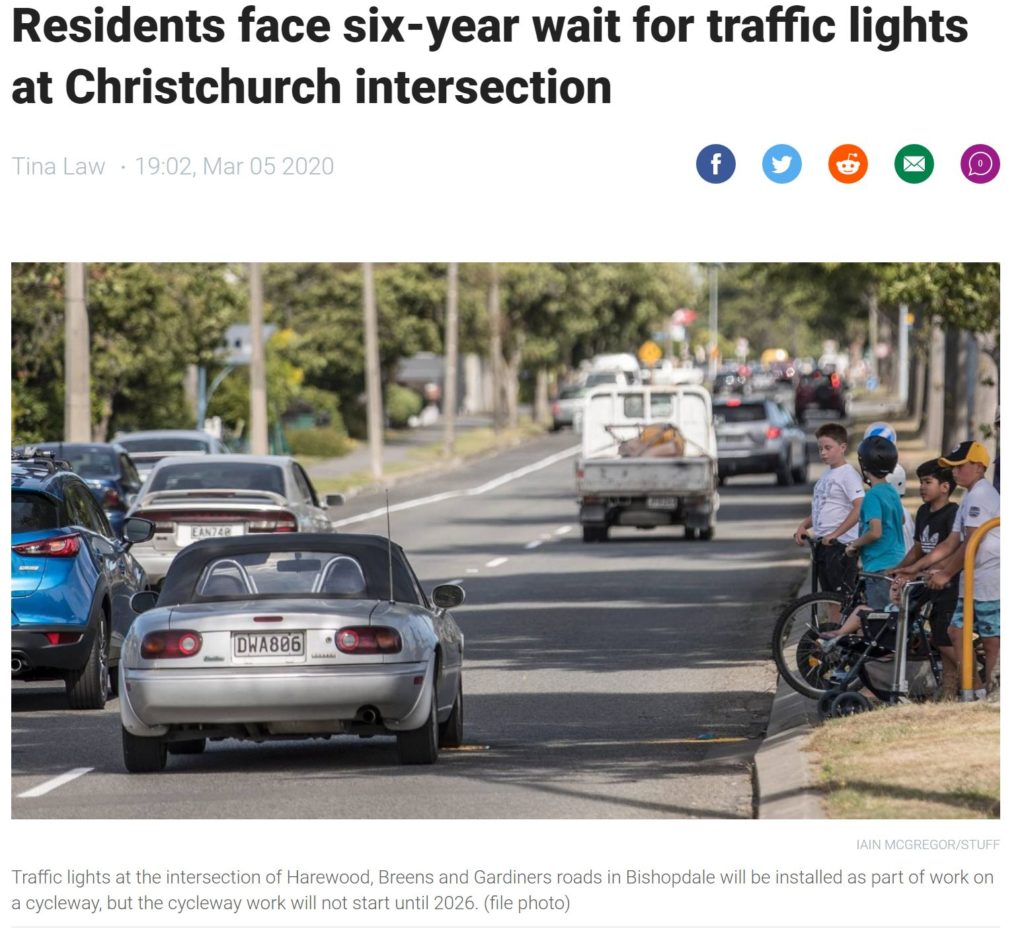